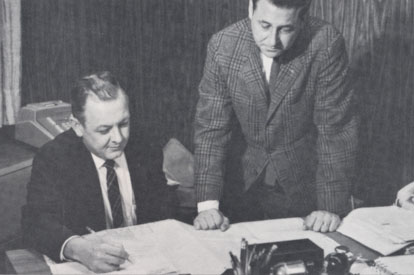 B&M FINISHERS INC. was organized in April 1956 by William Bramson & Henry Milne. B&M started operations in a 1200 square foot manufacturing space in a building in Irvington, N. J. By sheer hard work and know-how their business grew. By the autumn of that year, two men were hired and 400 square feet of space were added. In June 1958 their first move was made to a 5000 square foot building in Hillside, N. J., requiring a work force of ten employees.

After two more successful years, the KENILWORTH ANODIZING CO. was purchased permitting the use of the Hard Coat Anodizing Process licensed by Alcoa. This also added much needed space for further growth and development. The continuing business growth now included Teflon® coatings in varied and specific applications; again more space was needed. In November of 1966 a new factory and offices consisting of 12,000 square feet was occupied in Kenilworth, N. J. permitting the consolidation of both Companies under one roof. Twenty employees were now fulfilling the needs of an ever increasing clientele.

In 1980 Robert Bramson joined the company and another building expansion brought the building to total square footage to the current 20,000 sq. ft. and the employees grew to 38. 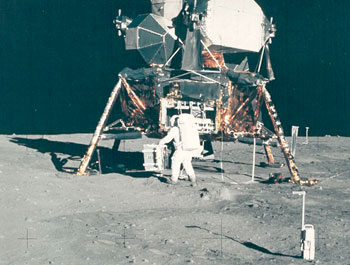 Technical definition of the process we provide:
Aluminum anodizing is an electrochemical process that creates an aluminum oxide on aluminum to protect the part from corroding (rusting) in the field. Each job has a traveler attached to it to provider instructions on finishing the parts. Parts are racked on either aluminum or titanium fixtures and the first part of the process is to clean the parts in a soapy water solution (Tri-sodium phosphate) to remove any light machining oils.

Depending on the part, the next step could be to chemically etch the part the etching tank (Sodium Hydroxide). After each process the parts are rinsed RO (reverse osmosis)water. The next step is to remove the smut brought to the surface of the part in the etch tank with our desmutter solution (Iron Sulfate). The parts are then placed in the anodizing tank which is a dilute solution of sulfuric acid and water. Once the time is set on the control panel, the parts will receive an electrical current for the allotted time and automatically shut off at the correct time.